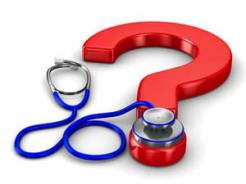 Two weeks after my time in the hospital and being on all kinds of medicines (oral steroid taper, sleeping pills, stomach pills, you name it pills) I was told to head over to get the “official” diagnosis. I had a lumbar puncture that required about two weeks to culture and confirm what the doctors already suspected.

I spent those two weeks in between “knowing,” knowing that my life was drastically about to change. But I was also so sick at this point that I could only focus hour to hour, which sort of kept me from “going there” as much as possible.

Standing outside of the hospital, it was like something out of a movie. It was a gorgeous spring day in Basel. The birds were chirping, kids were on their way home from school for lunch (yes you read that right), people were running errands, and heading to or from work. The world around me was moving, yet I felt like I was standing in cement and couldn’t move.

I stood outside of the building for a good 15 minutes before mustering up the energy to walk thru the doors, knowing that my life would change when I did. A friend offered to go with me, but I felt like it was something I needed to do on my own. Maybe taking back a little control in a time that was so very much out of control (I HIGHLY recommend taking someone with you to something like this. HIGHLY!).

I was told to find the resident on duty, which in hindsight seemed quite odd, as usually you would meet with a specialist in private. I approached the nurses station hoping that someone spoke English so I didn’t need to go through my usual repertoire of nursery school German.

The resident on duty came to get me a few minutes later and we sat in some chairs by the elevator. I can’t recall whether or not she introduced herself, I just remember watching people going on and off the elevators. And I kept thinking, how weird is it that we’re doing this here and not in an office. Out of the corner of my ear I catch her saying “we’re 99% sure that it’s multiple sclerosis.” I think she might have referenced something about following up with the neurology clinic, meds, and a few other things, but honestly I have very little memory of the whole thing. I guess that’s the way our brain protects us from bad things.

As I was walking to the elevators I watched people getting on and off of a few minutes earlier, I was numb. I had no idea what would happen now. As I stepped back outside into the beautiful spring day, I laughed about what and how the previous conversation had unfolded. It occurred to me that it was April 15 (tax day in the U.S.). And then, in the middle of a street from the 1100s, I called home to New York and cried.

When subscribing to the blog, please check your email (in box and spam/junk) for the confirmation note. Once you confirm, you’re good to go and will receive posts.

One thought on “Diagnosis”