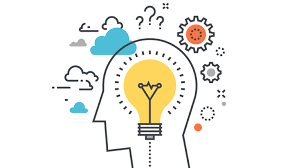 Awareness (noun)
knowledge or perception of a situation or fact

Speaking out about multiple sclerosis to others who may be dealing with this disease is actually helpful to me as well as, I hope, to others. It builds community, helps bring awareness to MS, and strengthens the MS movement that will ultimately lead to the end of this disease. – Teri Garr

March is Multiple Sclerosis Awareness Month. I like to say that MS is not all, but rather a part of me just like anything else. But like Teri Garr, I do feel like being able to talk about living with MS helps me, and hopefully others to understand the disease.

2.3m people around the world are said to be living with MS, and 400,000 of those in the    U.S., though most people believe that the number is likely closer to 1m in the U.S. and  double the former figure world-wide. Unlike communicable diseases, MS is not required to be reported, so we have to rely on rigged insurance reporting and databases that we know aren’t accurate. And accurate reporting = more funding for research and a cure.

Multiple sclerosis (or MS) is a chronic, often disabling disease that attacks the central    nervous system (brain and spinal cord). Symptoms may be mild, such as numbness in the limbs, or severe, such as paralysis or loss of vision.

MS is thought to be an immune-mediated disease in which the body’s immune system attacks myelin, the fatty substance that surrounds and protects the nerve fibers of the central nervous system.

The damaged myelin forms scar tissue (sclerosis). Often the nerve fiber is also damaged. When any part of the myelin sheath or nerve fiber is damaged or destroyed, nerve impulses traveling to and from the brain and spinal cord are distorted or interrupted.

MS is not contagious

There is no cure for MS

People with MS tend to live, on average, 7 to 10 years less than someone without it, though they say you don’t die from MS, but rather complications of it. And have 10 years less of employment due to physical impairment.

People with MS are twice as likely to be underemployed, underinsured, and food insecure. The treatments and meds to manage the disease are extremely expensive, and “budgeting” for a relapse is impossible.